An Exhibition of the Work of Yun Gee • The Jersey City Museum – Jersey City, NJ – January 1948

Yun Gee, a truly international artist, is a native of China, a citizen of the United States and a product of both American and French art training. Born near Canton in 1906 he is the son of an American-born Chinese. At the age of 15 he came to this country, and five years later he went to Paris to study, and since then has alternated between France and the United States.

He has had individual shows in New York, as well as San Francisco and Paris, and is represented in numerous private and public art collections. Over the years his style has varied greatly, changing with the times and his personal development, so that his (current) exhibition under the sponsorship of the Jersey City Museum, including works of several of his periods, exhibits a range not usually covered in a one-man show.

Included in the exhibition are three pictures which Mr. Gee discovered and acquired, tow in New York and the third in Paris. He believes, and has obtained considerable evidence to support his belief, that one of these pictures is “Diana and the Triumph of Love,” by Titian, the second a portrait of a sportsman by Guillaume Gavarni, French, 1804-1866, and the third a Paolo Veronese which he calls “Saint Lucy.”

Stephen Haff
Editor, The Calendar of the Art Council of New Jersey 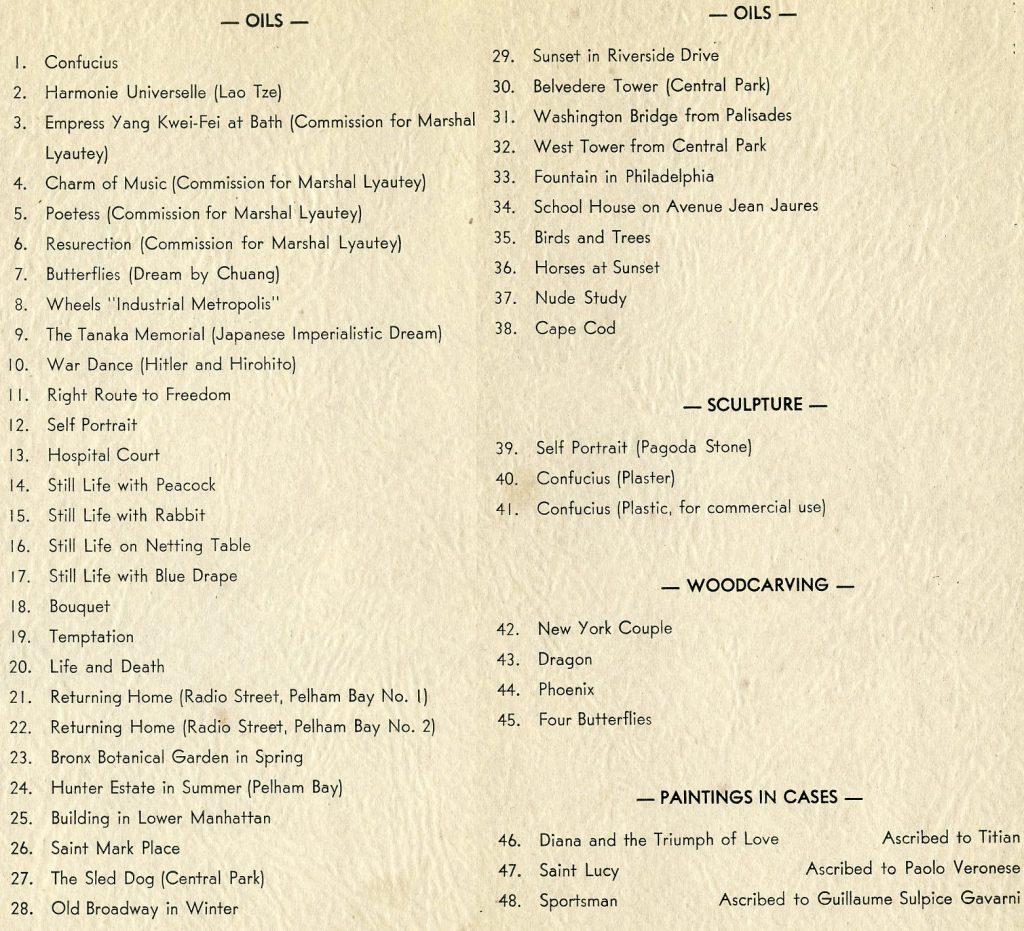 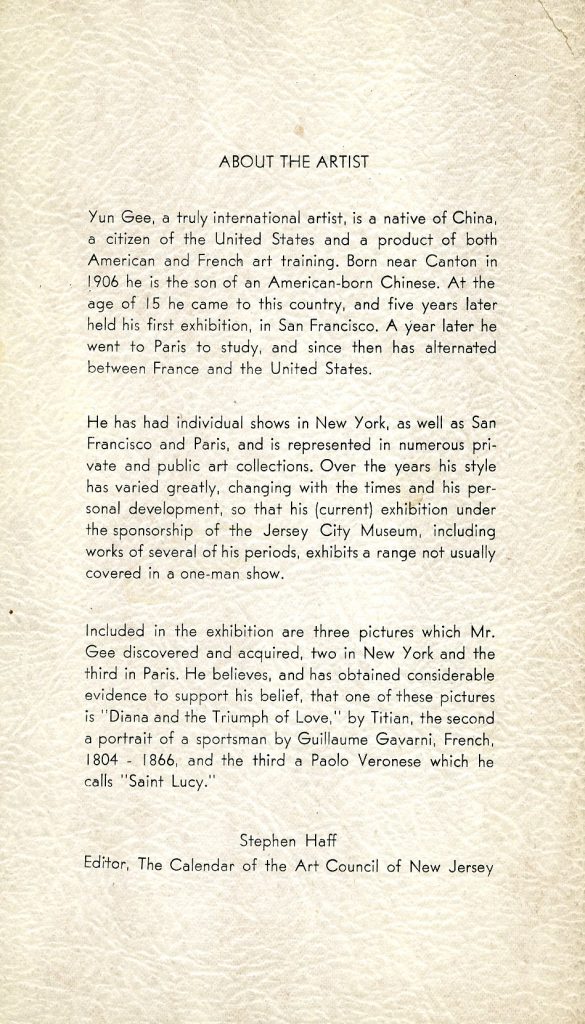 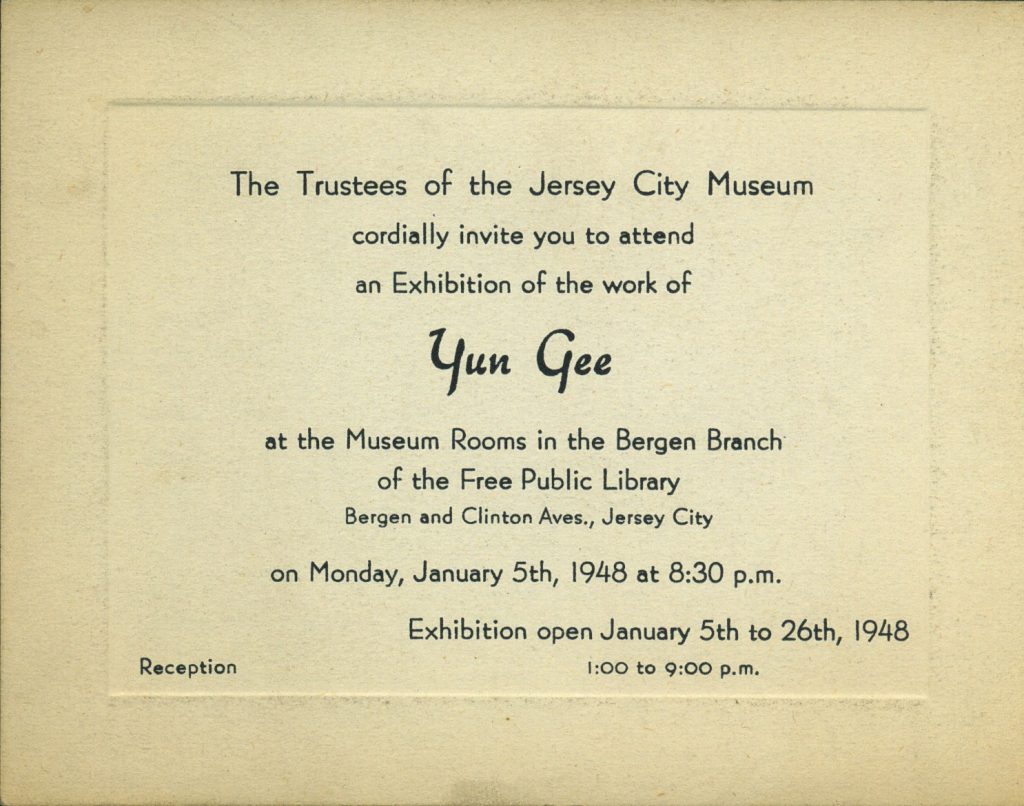