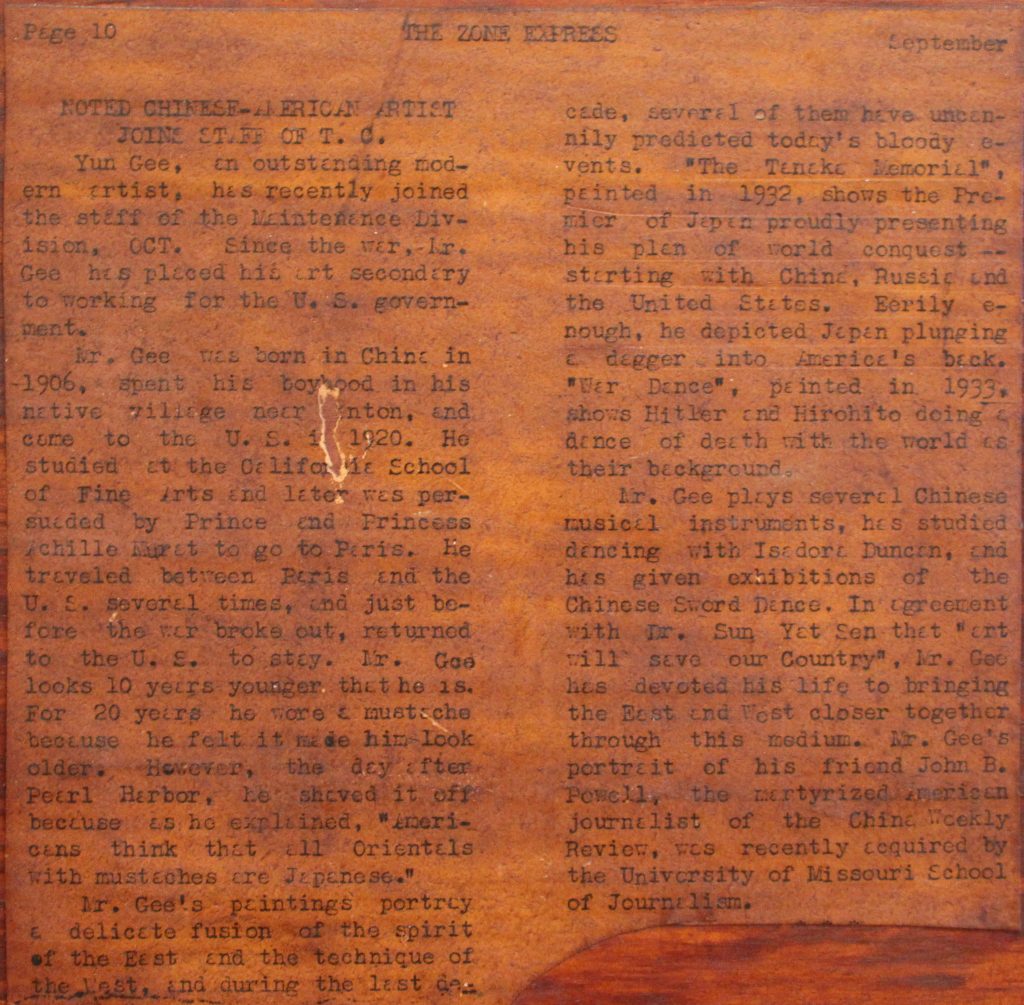 Yun Gee, an outstanding modern artist, has recently joined the staff of the Maintenance Division, OCT. Since the war, Mr. Gee has placed his art secondary to working for the U.S. government.

Mr. Gee was born in China in 1906, spent his boyhood in his native village near Canton, and came to the U.S. in 1920. He studied at the California School of Fine Arts and later was persuaded by Prince and Princess Achille Murat to go to Paris. He traveled between Paris and the U.S. several times and just before the war broke out, returned to the U.S. to stay. Mr. Gee looks      10 years younger than he is. For 20 years he wore a mustache because he felt it made him look older. However, he shaved it off because as he explained, “Americans think that all Orientals with mustaches are Japanese.”

Mr. Gee’s paintings portray a delicate fusion of the spirit of the East and the technique of the West, and during the last decade, several of them have uncannily predicted today’s bloody events. The Tanaka Memorial, painted in 1932, shows the Premier of Japan proudly presenting his plan of world conquest – starting with China, Russian and the United States. Eerily enough, he depicted Japan plunging a dagger into America’s back. War Dance, painted in 1933, shows Hitler and Hirohito doing a dance of death with the world as their background.

Mr. Gee plays several Chinese musical instruments, has studied dancing with Isadora Duncan, and has given exhibitions of the Chinese Sword Dance. In agreement with Dr. Sun Yat Sen that “art will save our Country,” Mr. Gee has devoted his life to bringing the East and West closer together through this medium. Mr. Gee’s portrait of his friend John B. Powell, the martyrized American journalist of the China Weekly Review, was recently acquired by the University of Missouri School of Journalism.