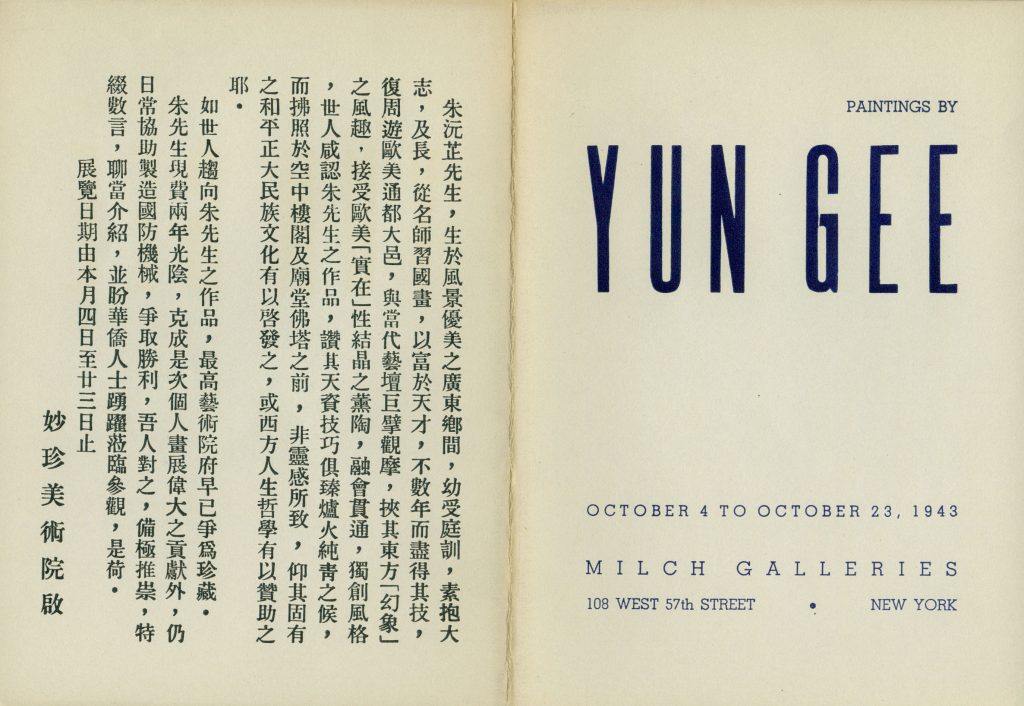 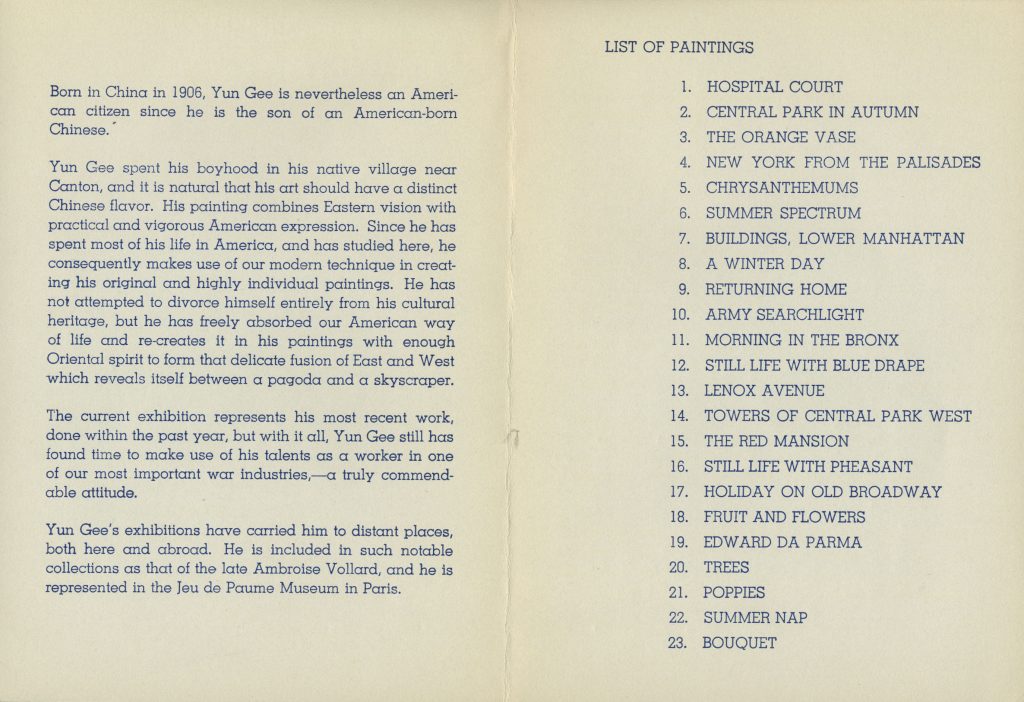 Born in China in 1906, Yun Gee is nevertheless an American citizen since he is the son of an American-born Chinese.

Yun Gee spent his boyhood in his native village near Canton, and it is natural that his art should have a distinct Chinese flavor.  his painting combines Eastern vision with practical and vigorous American expression.  Since he has spent most of his life in America, and has studied here, he consequently makes use of our modern technique in creating his original and highly individual paintings.  He has not attempted to divorce himself entirely from his cultural heritage, but he has freely absorbed our American way of life and re-creates it in his paintings with enough Oriental spirit to form that delicate fusion of East and West which reveals itself between a pagoda and a skyscraper.

The current exhibition represents his most recent work, done within the past year, but with it all, Yun Gee still has found time to make use of his talents as a worker in one of our most important war industries, – a truly commendable attitude.

Yun Gee’s exhibitions have carried him to distant places, both here and abroad.  He is included in such notable collections as that of the late Amboroise Vollard, and he is represented in the Jeu de Paume in Paris. 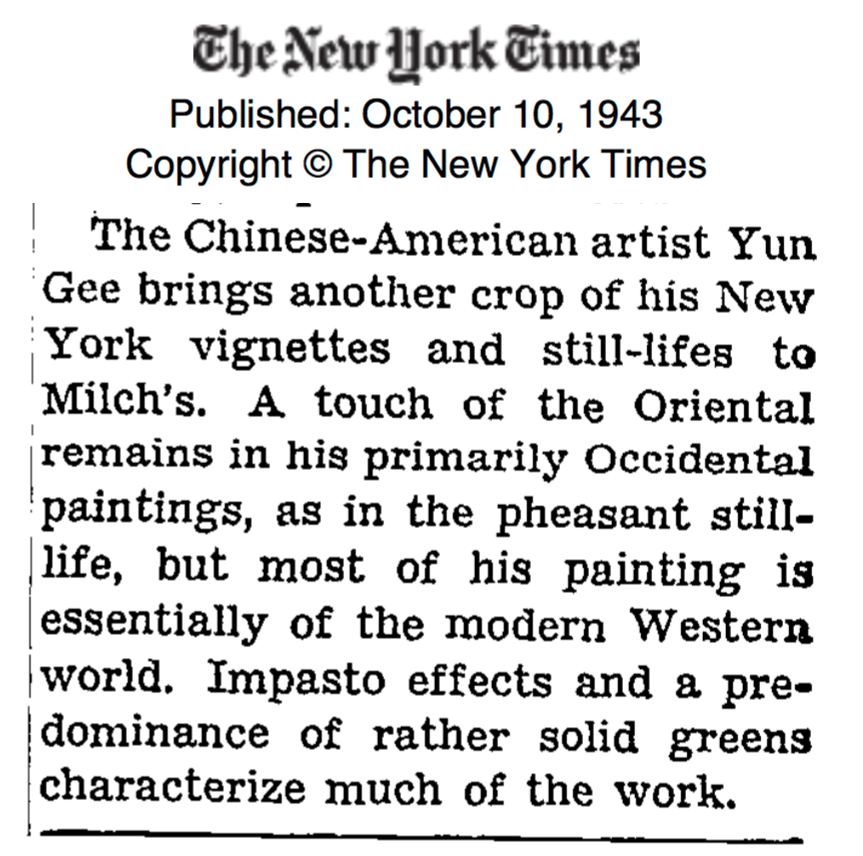 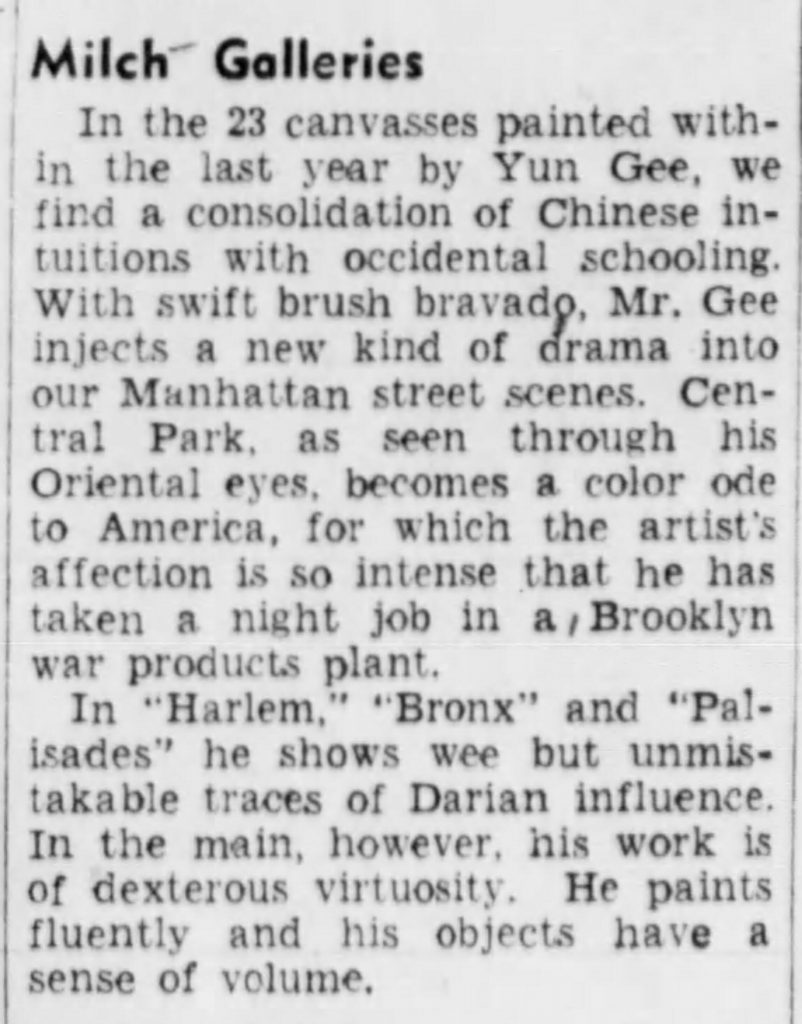 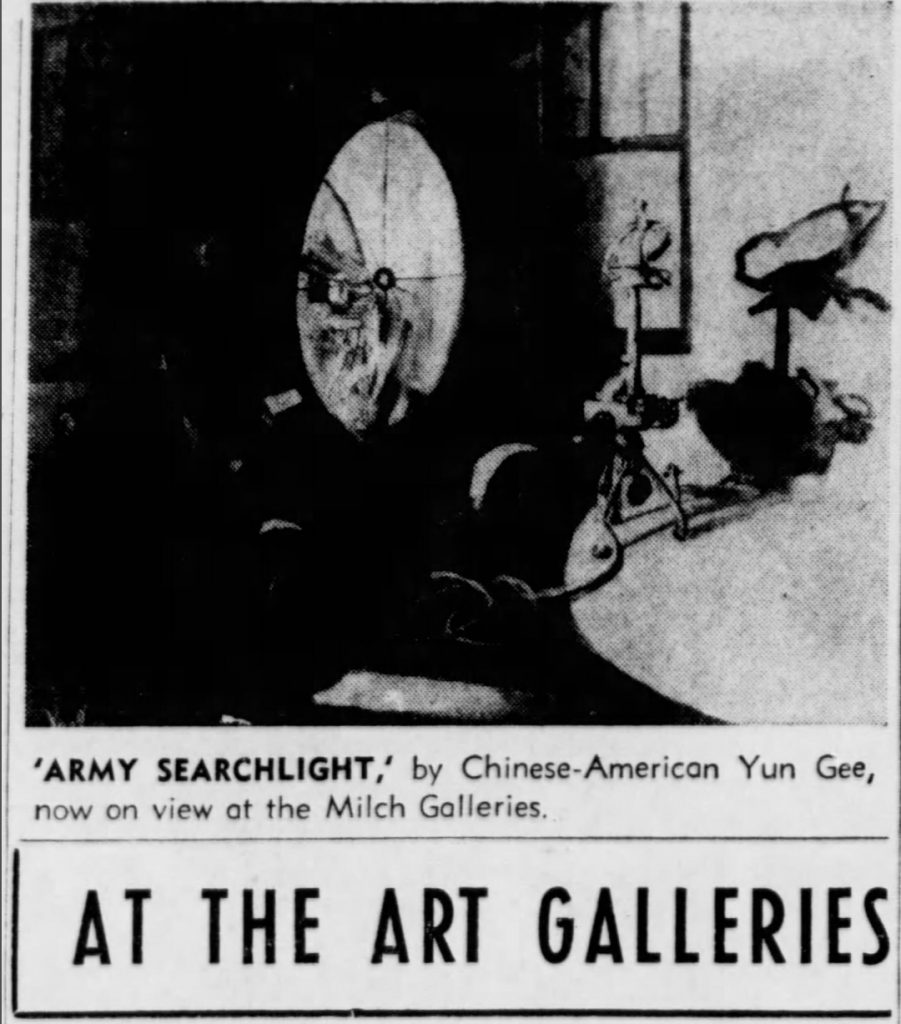