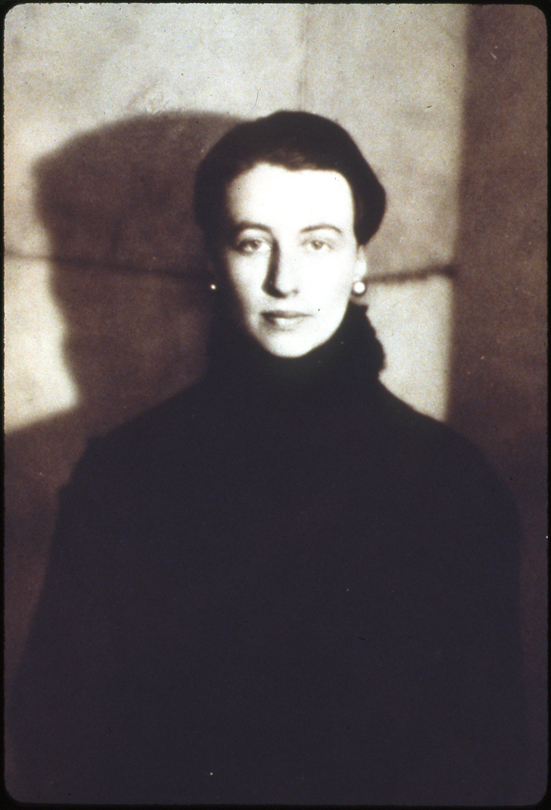 Shortly after he arrived in Paris, Yun Gee was introduced to the poetess Princess Paule de Ruess, and in 1929, they married. This union caused great strife for the princess, who was disowned by both her family and friends. That same year, Yun Gee left Paris to return to New York alone. They were subsequently divorced in 1932. 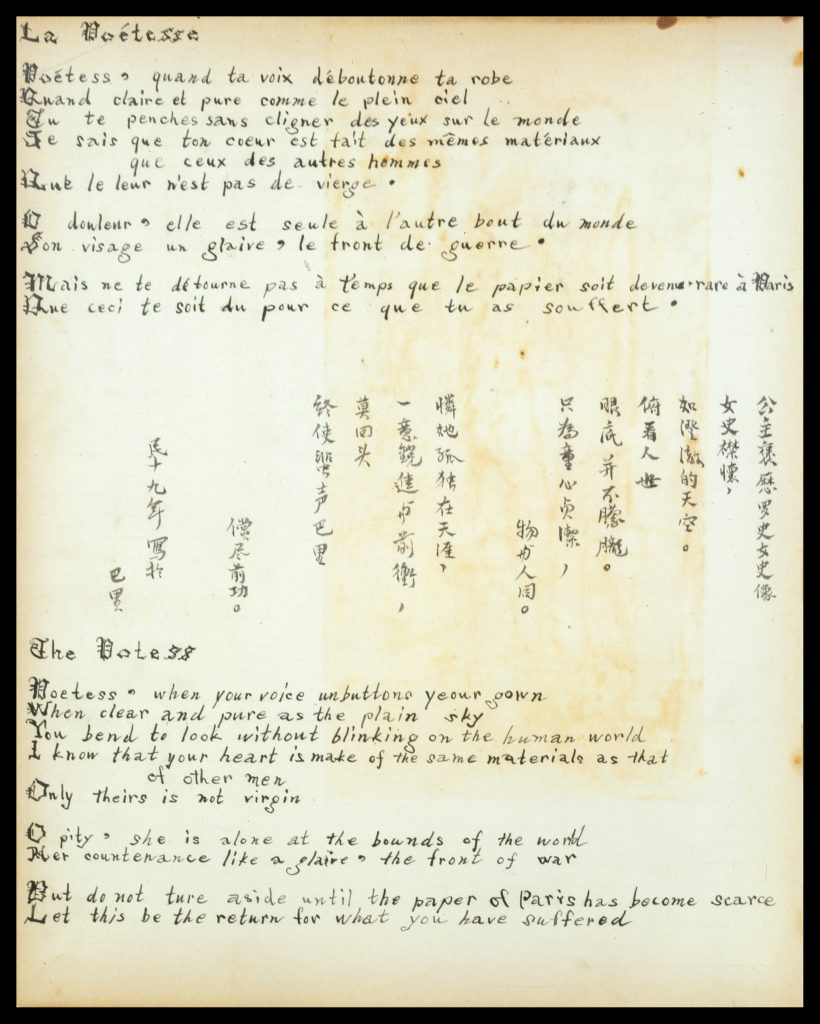 The Poetess
handwritten by Yun Gee in French, Chinese and English 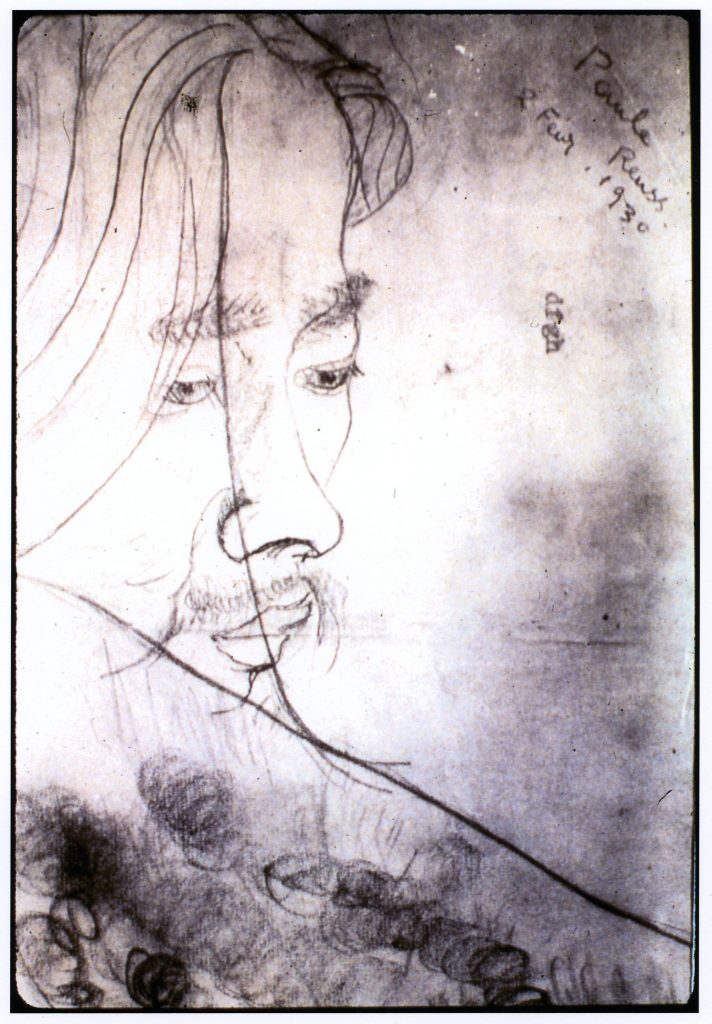 The manner in which Yun Gee met his wife, Princess Paule de Reuss, forms a delightful episode in itself. It so happened that Raymond Duncan, whose zeal in placing Yun Gee before the French public was untiring, gave a lecture on the painter in the “L’Ecole de Society.” To this gathering, which was held in the early part of January, 1928, were invited the elite of the Parisian social set. 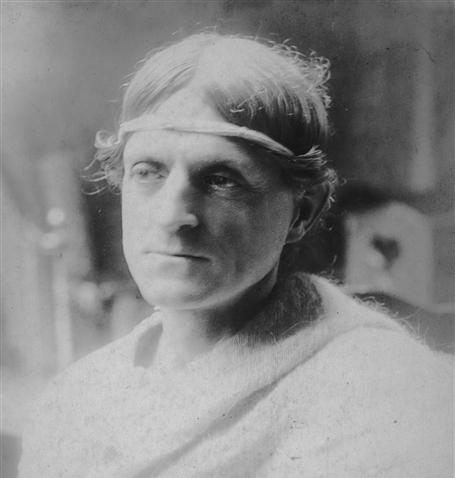 The many enthusiastic remarks made by Mr. Duncan in the course of his discourse in praise of Yun’s art, were considered well meant exaggerations by mahy of the more skeptical listeners. This opinion was voiced in the disuccion which followed, and Mr. Duncan, instead of further defending his friend, invited all of those sufficiently interested to visit the young artist’s studio. Many of them took the suggestion seriously and the result was that upon the following day, a group of young Parisians descended upon Yun Gee’s humble quarters. Among these, was Princess de Reuss, a young French poetess.

Paule de Reuss evidently found Yun as interesting as his art, for she was constantly in his company and a warm attachment sprung up between them. Instead of her usual hours at home in the fashionable district of L’Etoile, she ws now to be found in the Latin Quarter in the company of the painter.

Last February, they married, much to the consternation of the more conventional members of the social set. The parents of the young woman promptly disowned her, and many of her former friends avoided her. But there still those in Paris who admire this idealistic action of the young aristocrat who was willing to forego her social standing in order to be with the man she loved. She is still in Paris awaiting Yun’s message to her which will be very simple, for it will contain the one word, “Come.”

Princess Paule de Reuss has published three volumes of poetry. They are: Sourires a la Vie, Les Horizons Beplies, and L’Honneur d’ Aimer. These books have been sponsored by a woman very well known in Parisian literary circles, the Comtesse de Noailles.