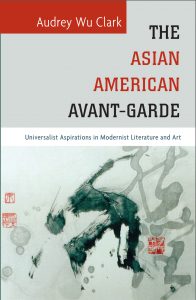 A title in the American Literatures Initiative.

“The Asian American Avant-Garde makes an important and original contribution to literary study. Clark focuses on the literary works of Filipino, Japanese, Chinese, and Korean authors working and living in the United States before 1965, a time when de facto and de jure discrimination against Asians was a firmly established feature of the social order and when there was as yet no panethnic movement of racial mobilization. Clark argues that to understand the aesthetic project all of these authors were engaged in, we need to understand how this aesthetic project was intensely informed by Anglo-American modernism and its rhetoric of cosmopolitanism, a claim whose significance has not been as fully explored as it is in this rich and complex book. The Asian American Avant-Garde promises to enliven debate both within Asian American and modernist literary circles.”

—Min Hyoung Song, Boston College and author of The Children of 1965: On Writing, and Not Writing, as an Asian American

The Asian American Avant-Garde is the first book-length study that conceptualizes a long-neglected canon of early Asian American literature and art. Audrey Wu Clark traces a genealogy of these writers and artists of Asian descent who strategically performed counter-universalism in short fiction, poetry, novels, and art in the United States, between the years 1882 and 1945. Responding to their contemporary period of Asian exclusion, they challenged the empirical failures of American democracy to envision a genuine, egalitarian universalism that still has yet to come.

Believing in the promise of an inclusive America, these avant-gardists critiqued racism as well as institutionalized art. Clark examines racial outsiders including Isamu Noguchi, Dong Kingman and Yun Gee to show how they engaged with modernist ideas, particularly cubism. She draws comparisons between writers such as Sui Sin Far and Carlos Bulosan with modernist luminaries like Stein, Eliot, Pound, and Proust.

Acknowledging the anachronism of the term “Asian American” with respect to these avant-gardists, Clark attempts to reconstruct it. The Asian American Avant-Garde explores the ways in which these artists and writers responded to their racialization and the Orientalism that took place in modernist writing.

Read an excerpt from the Introduction (pdf).

“The Asian American Avant-Garde offers a new paradigm for conceptualizing early Asian American literature. Clark rightly makes the case that our current paradigms do not make sense for texts created during the Exclusion Era, a period when the panethnic idea of ‘Asian American’ did not exist. She is particularly good at explaining how writers of this period appropriate and transform work done by other more established authors like Whitman and Eliot, and how they critique and adapt existing ideologies like suffragism, Buddhism, and Marxism. Clark also provides insights about how gender intersects with race in many of these writers’ attempts to articulate a universalist sensibility.”

—Floyd Cheung, Associate Professor of English Language and Literature, and of American Studies at Smith College, and the co-editor of Recovered Legacies: Authority and Identity in Early Asian American Literature (Temple)

“In this admirable…volume, Clark explores the construction of Asian-American identity by Asian-American writers in the context of modernism; her subjects wrote during a period (1882–1945) notable both for fascination with ‘the Orient’ and intense, often institutionalized, anti-Asian racial prejudice. She studies an eclectic, intriguing group of writers…. Their works are likely to be lesser known or unknown to many readers, and afford Clark the chance to wrestle with issues of race, gender, class, and politics…. [T]he subject is a fascinating one.” 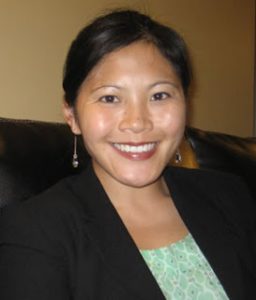