This exhibition traces how Asian art, literature, and philosophy were transmitted and transformed within American cultural and intellectual currents, influencing the articulation of new visual and conceptual languages. It explores how American art evolved through a process of appropriation and integration of Asian sources that developed from the 1860s through the 1980s, when globalization came to eclipse earlier, more deliberate modes of cultural transmission and reception. While Europe has long been recognized as the font of mainstream American art movements, the exhibition explores an alternative lineage of creative culture that is aligned with America’s Pacific vista—Asia. 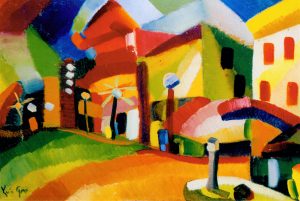 Vanguard artists consistently looked toward “the East” to forge an independent artistic identity that would define the modern age—and the modern mind—through a new understanding of existence, nature, and consciousness. They drew ideas from Eastern religions, primarily Hinduism, Buddhism, and Taoism, as well as classical Asian art forms and performance traditions. Opening with the late nineteenth-century Aesthetic movement and the ideas promulgated in transcendentalist circles, The Third Mind illuminates the Asian influences shaping such major movements as abstract art, Conceptual art, Minimalism, and the neo-avant-garde as they unfolded in New York and on the West Coast. It also presents select developments in modern poetry, music, and dance theater.

The Third Mind refers to a “cut-ups” work by Beat writers William S. Burroughs and Brion Gysin, whose cult of spontaneity in art and life drew inspiration from Asian attitudes. This manuscript composed of random texts and images evokes the eclectic yet purposeful method by which American artists often appropriated material from Asia to create new forms, structures, and meanings in their work. Misreadings, mediations, denials, and imaginary projections emerge as important iterations of this creative process. Some artists identified with non-Western art and thought precisely to subvert and critique what they saw as the spiritually bankrupt capitalist West. Others culled alternative, East-West identities from transcendentalism, Theosophy, Carl Jung’s formulations of the collective unconscious, and New Age movements preaching the perennial vitality of Asia’s spiritual psychology in a global age. Still others simply extracted and freely enlisted what served their particular artistic impulses. Grounded in documentary evidence of the artists’ encounters with Asia, this exhibition shows how artists working in America adapted Eastern ideas and art forms to create not only new styles of art, but more importantly, a new theoretical definition of the contemplative experience and self-transformative role of art itself.