A painting of the Chinese artist Yun Gee found in Normandy sold for 150,000 euros in Bayeux • November 2014

Record d’enchères européen by OuestFranceFR
A painting of the Chinese artist Yun Gee found in Normandy sold for 150,000 euros in Bayeux.

On the occasion of the sale on November 11th in Bayeux, Régis Bailleul broke the European auction record for a work by artist Yun Gee. After selling for 150,000 euros, the painting will leave for Hong Kong. Auctioned between 17th-century tables, jewelery, Haute-époque furniture and porcelain, this Yun Gee canvas seemed bland. This work of the Chinese painter emigrates to California was dated from his Parisian period, in 1929. A painting dedicated to Taoist themes that finally unleashed the amateurs. 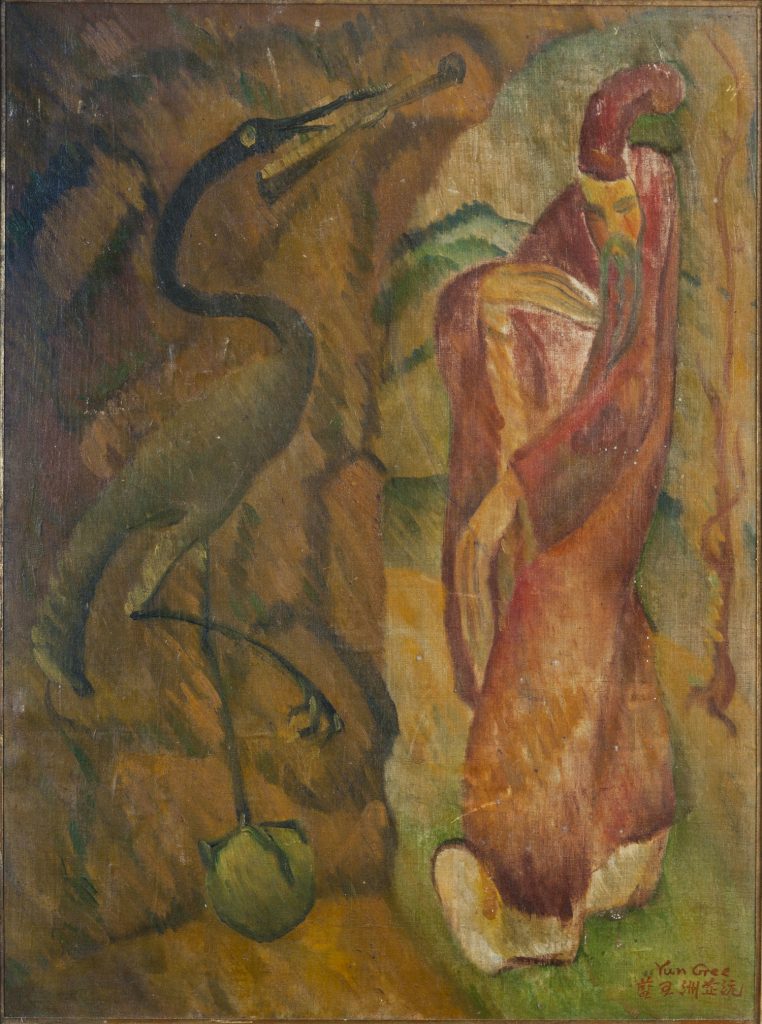 The hammer finally fell on 150,000 euros ($164,467). This unusual and surprising painting of Yun Gee has been missing for many years, before being found in Normandy, assures the auctioneer. The artist who died in 1963 reveals his Chinese roots.

The buyer, whose identity is not known, lives in another country.

The painting will leave for Hong Kong in a few days.