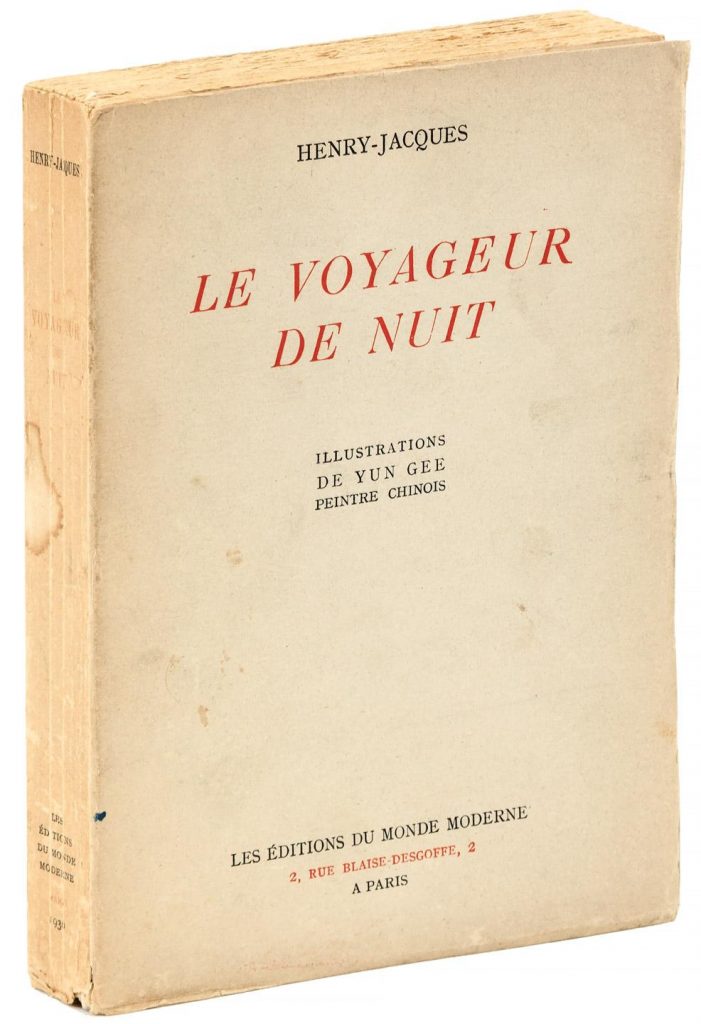 Based on currently available information, this rare book, published in France just before the 24 year-old San Francisco émigré artist returned to America after three years in Hemingway’s Paris, was possibly his first and only effort at book illustration. He was then considered one of the most important Chinese-American modernist artists of his day; the two color plates in the book reflect Cubist influence, one attempting to blend European modernism with a Chinese theme. ~ PBA Galleries 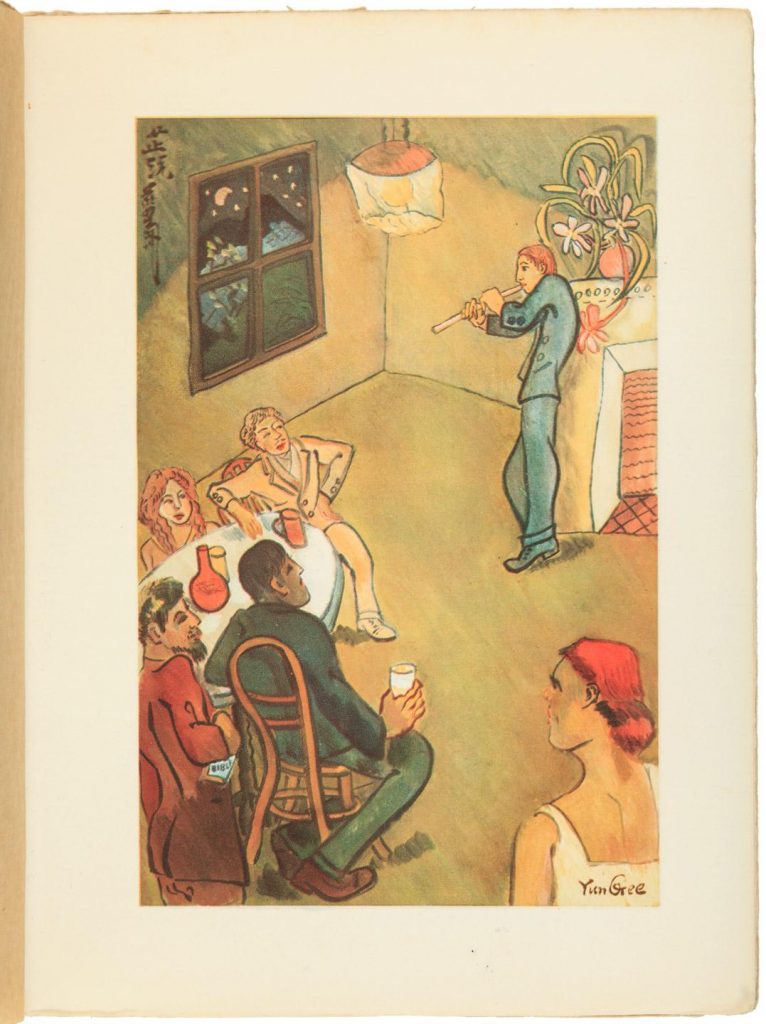 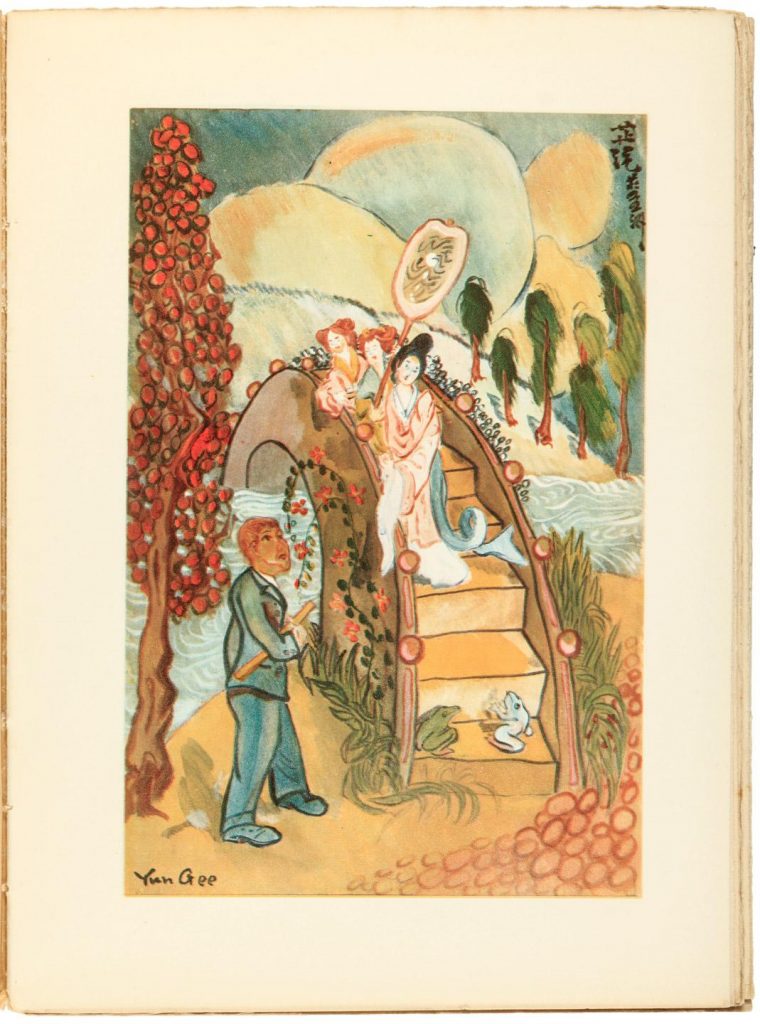