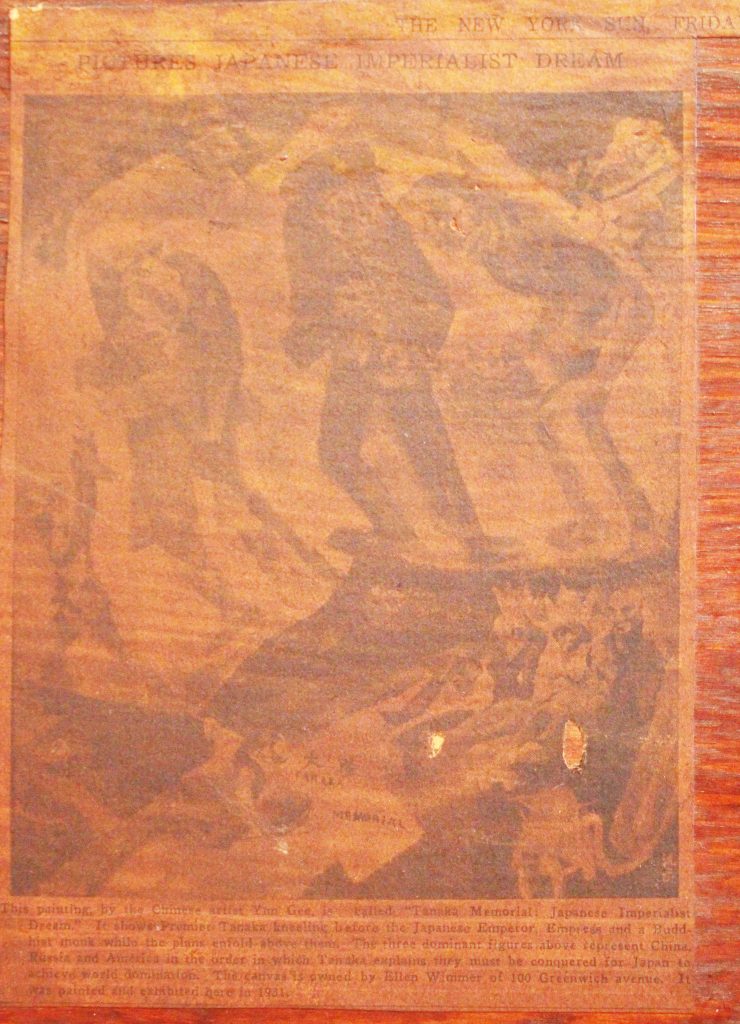 This painting by the Chinese artist Yun Gee, is called Tanaka Memorial: Japanese Imperialist Dream. It shows Premier Tanaka kneeling before the Japanese Emperor, Empress and a Buddhist monk while the plans unfold above them. The three dominant figures above represent China, Russia and America in the order in which Tanaka explains they must be conquered fore Japan to achieve world domination. The canvas is owned by Ellen Wimmer of 100 Greenwich Avenue. It was painted and exhibited here in 1931.