The Arts – Here and There by D. Rhodes Johnson • Jersey Journal – August 1941 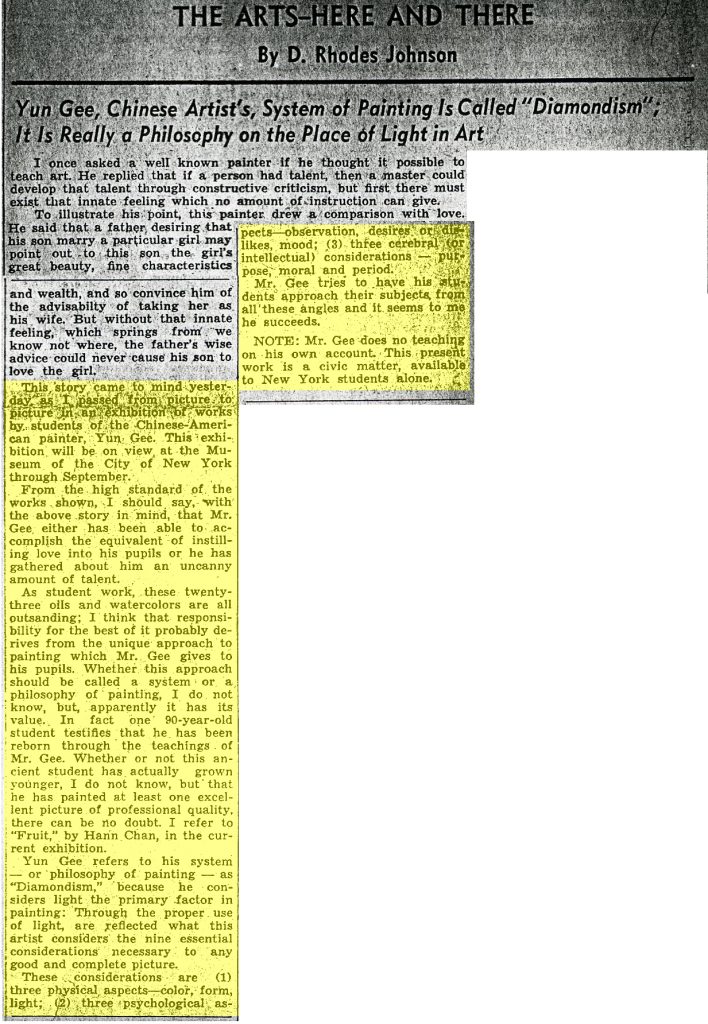 Yun Gee, Chinese Artist’s System of Painting is called “Diamondism”; It Is Really a Philosophy on the Place of Light in Art

I once asked a well known painter if he thought it possible to teach art.  He replied that if a person had talent, then a master could develop that talent through constructive criticism, but first there must exist that innate feeling which no amount of instruction can give.

To illustrate his point, this painter drew a comparison with love.  He said that a father desiring that his son marry a particular girl may point out to this son the girl’s great beauty, fine characteristics and wealth, and so convince him of the advisability of taking her as his wife.  But without that innate feeling, which springs from we know not where, the father’s wise advice could never cause his son to love the girl.

This story came to mind yesterday as I passed from picture to picture in an exhibition of works by students of the Chinese-American painter, Yun Gee. This exhibition will be on view at the Museum of the City of New York through September.

From the high standard of the works shown, I should say with the above story in mind, that Mr. Gee either has been able to accomplish the equivalent of instilling love into his pupils or he has gathered about him an uncanny amount of talent.

As student work, these twenty three oils and watercolors are all outstanding; I think that responsibility for the best of it probably derives from the unique approach to painting which Mr. Gee gives to his pupils. Whether this approach should be called a system or a philosophy of painting, I do not know, but, apparently it has its value.  In fact, one 90-year-old student testifies that he has been reborn through the teachings of Mr. Gee.  Whether or not this ancient student has actually grown younger, I do not know, but that he has painted at least one excellent picture of professional quality, there can be no doubt. I refer to “Fruit,” by Harm Chan, in the current exhibition. 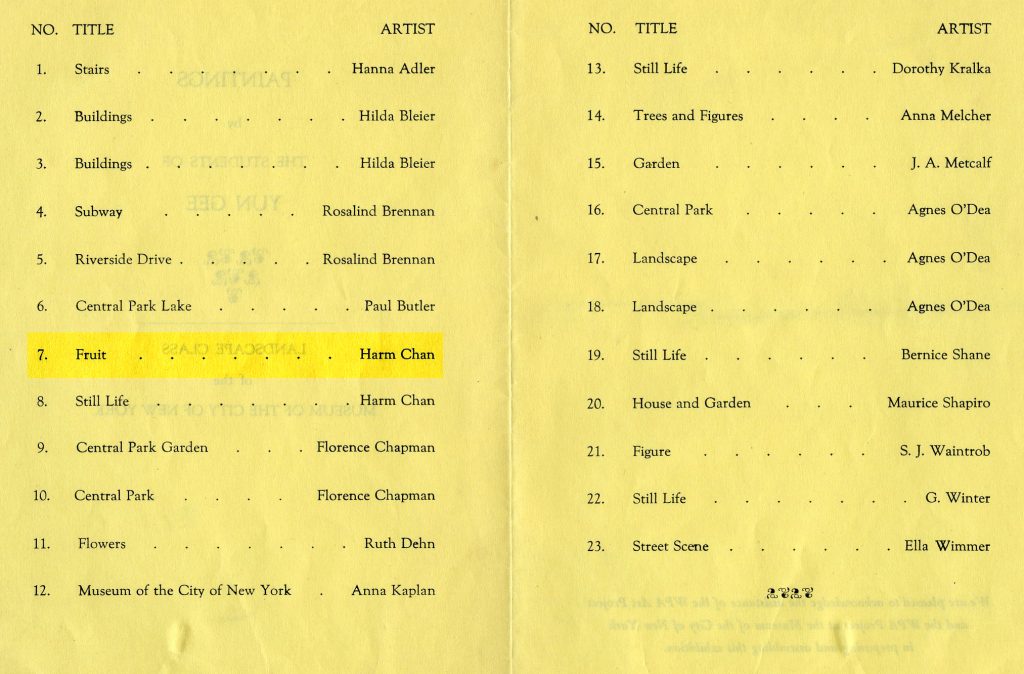 Yun Gee refers to his system – or philosophy of painting – as “Diamondism,” because he considers light the primary factor in painting: Through the proper use of light, are reflected what this artist considers the nine essential considerations necessary to any good and complete picture.

Mr. Gee tries to have his students approach their subjects from all these angles and it seems to me he succeeds.

NOTE: Mr. Gee does no teaching on his own account. This present work is a civic matter, available to New York students alone.