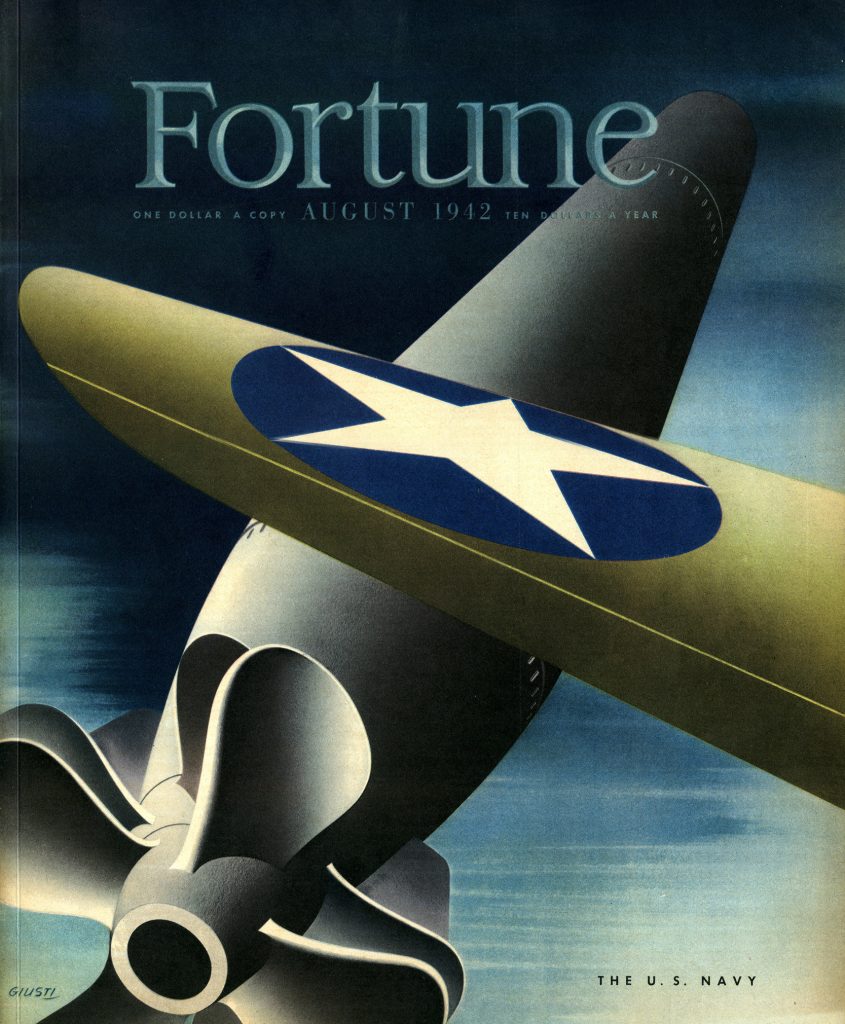 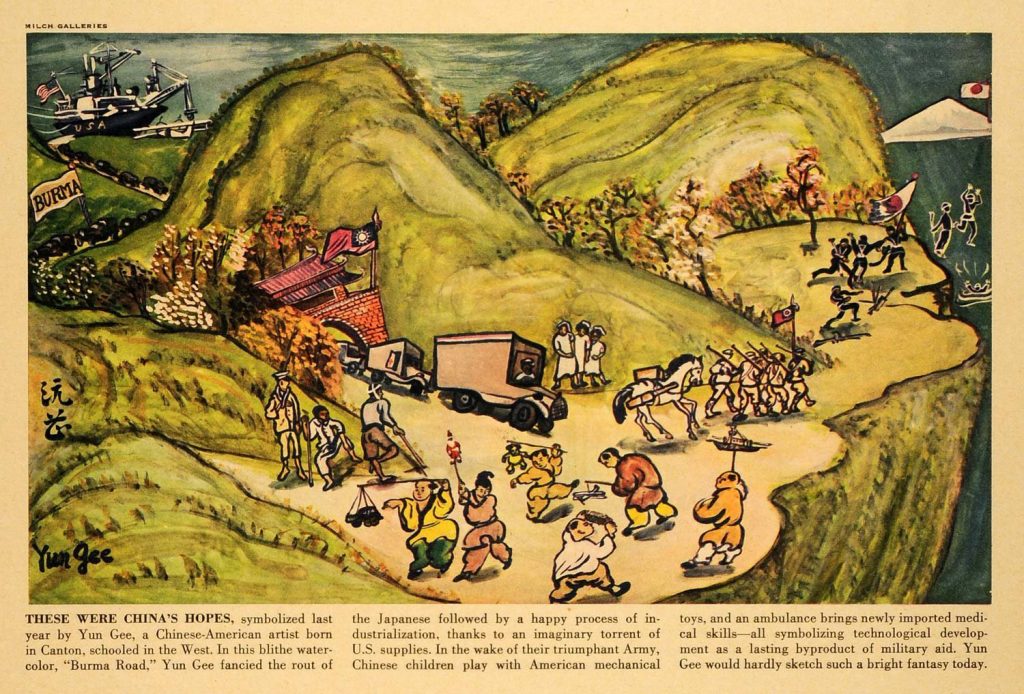 These were China’s hopes, symbolized last year by Yun Gee, a Chinese-American artist born in Canton, schooled in the West.  In this blithe watercolor, “Burma Road,” Yun Gee fancied the rout of the Japanese followed by a happy process of industrialization, thanks to an imaginary torrent of U.S. supplies.  In the wake of their triumphant Army, Chinese children play with American mechanical toys, and an ambulance brings newly imported medical skills – all symbolizing technological development as a lasting byproduct of military aid.  Yun Gee would hardly sketch such a bright fantasy today.