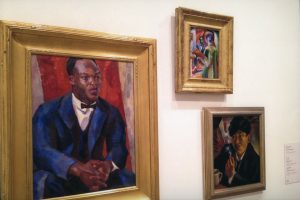 America: painting a nation is the most expansive survey of American painting ever presented in Australia. With over 80 works, ranging from 1750 to 1966, this exhibition will cover more than 200 years of American art, history and experience.

Most of the works have never been seen in Australia and the Art Gallery of New South Wales is the only Australian venue for this exhibition. 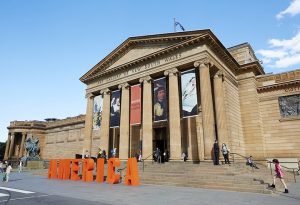 I am delighted to give our audiences in Sydney greater access to American art and culture and nothing could be more important than this first major survey of American painting to be shown in Australia. We are deeply grateful to our partner institutions in Chicago, Houston, Los Angeles and Philadelphia for lending such brilliant examples of American painting from the mid 18th century to the 1960s. I know this exhibition will both open a window on the grand narrative of American painting and hold up a mirror against which we can further explore our own art history.

America: painting a nation is part of the Sydney International Art Series, bringing the world’s outstanding exhibitions to Australia. It has been made possible with the support of the NSW Government through Destination NSW.