The Western World first became a reality to me when I sailed into the port of San Francisco in 1921 at the age of fifteen. The world was new and strange and fascinated me. But after a few months absorbing of the atmosphere my mind began to dwell on the reason for my voyage, and that was to study the art of the west. I had studied watercolor painting in China under the mast Chu, and having learned the techniques of the Chinese masters, I naturally desired to become acquainted with the masters of the west. Through the museums and galleries, my eyes were soon opened to their great achievements and to the unlimited possibilities of painting in oil. Observing the similarities and dissimilarities between the arts of the two cultures, I determined to create a technique and philosophy of art which would transcend the differences or bridge the gap. 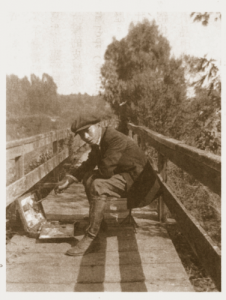 The next two years I spent in intense study and experiment until, in 1926, I held my first exhibition at the Modern Gallery in San Francisco. The exhibition met with success. I had chosen the modern technique of painting, which, as I felt it, was most like the traditional creative expression of my native China in its freedom, its distortion of forms and its emphasis on atmosphere. With it, I had attempted to combine the mysticism of my race. The critics seemed highly pleased with the results. Their notices attracted the attention of Price and Princess Murat, who were traveling in America at the time. They visited the show and we became fast friends. They believed I would be successful in Europe and so, in 1927, at their suggestion, I sailed for Paris. 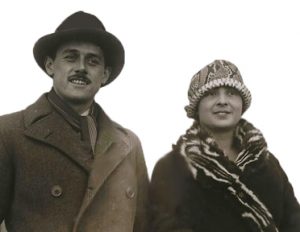 Here in Paris, the new world was combined with the old. What glorious days I spent roaming through the Louvre, viewing the masterpieces, and passing before the cathedrals and the ancient shrines. This was Paris, the seat of an undying, eternal culture and it created fresh inspiration in me. My orientation to its atmosphere was immediate, due perhaps, I often think, to the temperamental similarities of the French and Chinese people, to their idealism, their individualism and their cultivation of the art of living. I soon gained many friends, among them, Marquis Albert de Pourvourville and Maréchal Lyautey. Soon afterwards, I painted a portrait of Maréchal Lyautey, which was purchased by Dr. Lia Chungchec, who was then Chinese Ambassador. 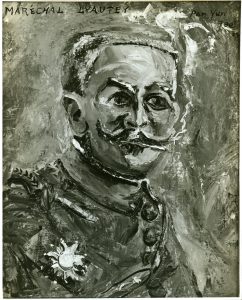 My first exhibition in Paris was held at the Princess Lucien Murat’s gallery, “Fermé la Nuit.” It was very warmly received by the public. The next was held at the commencement exercises of L’Ecole Militaire under the sponsorship of one of the graduates, General Chieh Tcheng.

Perhaps nothing welds peoples together more closely than a common understanding and respect for each other’s cultures. This is what I felt when I lived in the French capital. As I strolled through the beautiful streets of Paris and passed the historic buildings, I forgot that I was in a strange land and that my home in Canton was thousands of miles away. I was quite young then and did not speak the language, but it did no seem to matter. When I visited the Louvre day after day, the masterpieces there spoke to me in a language which was neither French nor Chinese, but which transcended both time and place.   Here was something universal, which had meaning for every man regardless of race or station. A painting by Cézanne or Courbet became as close to me as any of the scrolls by the Chinese masters with which I was so familiar. And I realized then, that East and West were not so far apart, for in their finest creative effort, there was something very much akin. 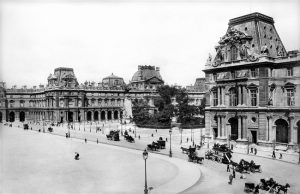 As I settled down in Paris to achieve this aim, I found that my friends were not limited only to the paintings on gallery walls. All around me I found people who were sympathetic, encouraging and understanding. One’s brush could not long remain still in such a stimulating atmosphere. Days were spent in painting; evenings were spent talking about painting. Many of these discussions took place at the home of my dear friends, M. and Mme. Pierre Mille, as together with M. Ambroise Vollard and Prince and Princess Achille Murat, we sat before the fireplace, hour on end, discussing all the pros and cons of the various theories of pictorial expression.

Through these enriching relationships and my daily contacts with the artistic life of Paris, I became aware of the great French interest in Chinese art. I believe that this interest will serve as a sound basis for cultural cooperation so that in the future, as in the past, France will serve as the bridge between European and Chinese art.

Summing up my artistic experiences in Paris, I dare say that it is these admirable qualities of the French spirit, which have nurtured a culture of such perfection that every nation in the world may well feel grateful to France for her contribution to world civilization. In this achievement, the true strength of a nation, lays the endurable and timeless power of France.