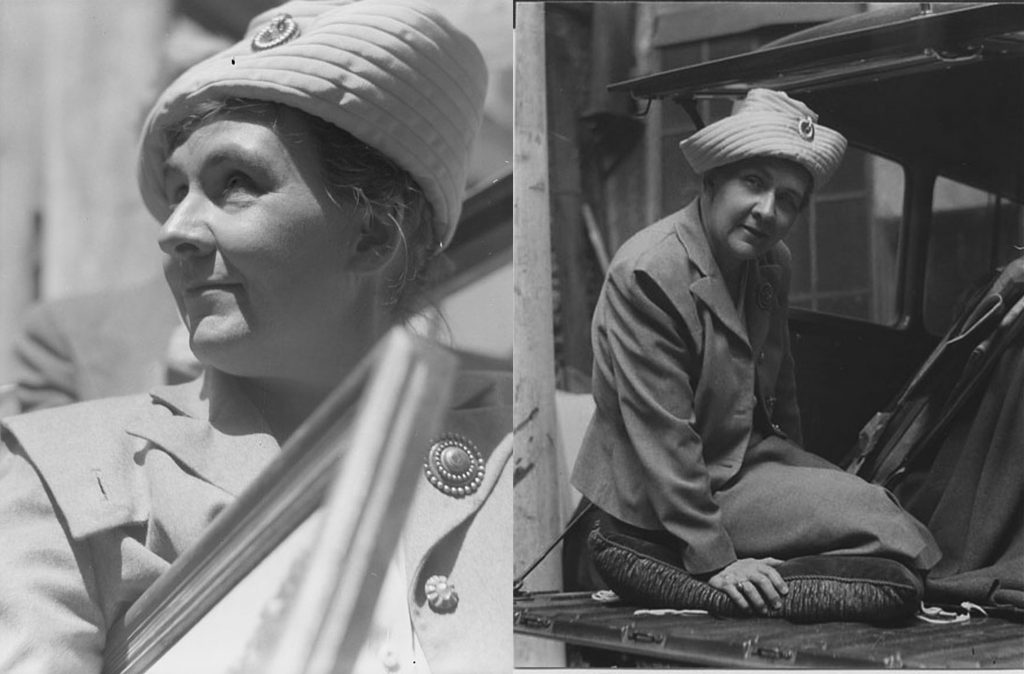 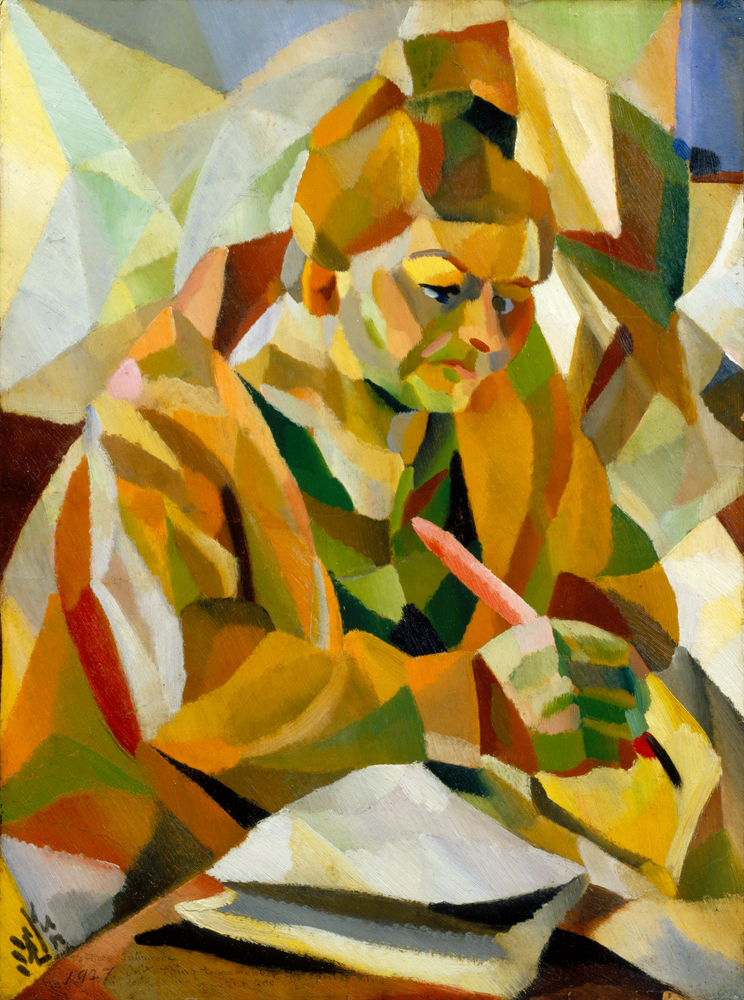 Is Glory Awaiting This Steerage Passenger?
by Jehanne Bietry Salinger

With no other valuables than a trunk full of paintings and a few letters of introduction, Yun, the twenty-year-old Chinese artist, has sailed for Paris.

Otis Oldfield, his master and friend, and two or three faithful, were at the pier to see him off.

What is going to be the reception given to this artist in Paris? He himself does not see to have given thought to the question. He is on his way, that is probably all he knows at present: all he cares. He does not understand a word of French. He does not have the least conception of what a city like the French capital may look like. He does not know a single person there and his child-like helplessness gives the impression that he will never be able to get there. Yet he does not worry.

His trunk had been ready for a whole month. On top of his paintings he had crowded his books: the Chinese philosophers and the Bible. Mixed with these are two collars, a neck-tie, two shirts, and three handkerchiefs. He may be sure he will not have any troubles with the French customs, but he might have other troubles. He might very well arouse the suspicions of the people who may be around when he opens his trunk, for the inside of the cover offers a very strange sight indeed. All kinds of handwritings, all kinds of characters are on it. This was an idea of Yun. He wanted all his friends to write some lines inside of the wooden cover of his trunk: probably so that he would have a good reason to open it every once in a while, on the way, and when he is on the other side of the Atlantic. And there are beautiful lines, in English, in French, in German. Some good-looking words in Islandic, in Italian and very odd Chinese characters written there.

He sailed a week ago and will arrive in New York by the fifth of August. There he will have to wait a whole month for another steamer to take him across. He is traveling as steerage passenger, but he feels content with his fate. He knows no regrets, no material ambition, no problems, no mental struggles. He does not try to look into the future in search of what may be in store for him. He does not plan for the days to come. No anxiety has entered his mind over his having to adapt himself to a new foreign land. A true child of nature, he has a limitless confidence in God’s infinite kindness.

Yun knows but one heartache, and that is that of being away from his mother. Yun has no sweetheart, no love affair, but when he thinks of HER who gave life to him and who is so far from him, far away in old China, tears roll down his cheeks and he tells with his brush and in words ( in a beautiful poem written in Chinese): “Oh! Mother, how it tore my heart to leave you. If I could only bring you to me.

“Once I was a part of you but since I have been away from you, you have entered my soul and I have become all of you.

“Oh, Mother, I have dreamt that my art could take me back to you and as I leaned over my canvas I saw you standing by our house, looking toward this part of the world, holding your arms out to me. I saw the train taking me to you. I saw a boat with three big funnels. I saw an airplane swifter than the swiftest, and my fears were no more . . . Oh, Mother of mine, this was a dream, but a dream.”

Yes, guided by his earnest desire to learn and succeed, Yun is going farther away yet from that mother of his. Soon a whole continent and two oceans will separate him from her.

What of it? The blessing of his mother is over him and this young artist whose talent goes deep into the best of human nature is bound to grow beyond himself, and beyond many of the better artists of today.

When I saw him entering the narrow cage conducting to the quarters where he will live during his trip; the steerage of a comparatively small steamer. . . when I saw him going down these dark and narrow stairs with as light and as happy a step as he would have walking down a luxurious hallway, I felt that this young man who has no eyes for the dreary side of life, who know no worry, no fear of the future, cannot help being well taken care of by life and fate.

Yes, as I think of Yun, the child-like artist, on his way to Paris with his trunkload of paintings and his meager baggage, I am overcome by the impression that he is on his way to big doings and big happenings.

As I think of Yun, called “The Crazy Painter,” using his brush and his colors with the same devotion that made all the masters great, I think of Glory! And I recall how often Glory chooses its best friends not among the outstanding figures of everyday life but amidst the smallest, the humblest, among those who are called by many, “the crank, the ridicule, the crazy.”

Far from prepossessing looking, he must have appeared to the eyes of the general public, this young man with his long black hair, thick and stiff, covering his head and forehead like a wig, his coat pulled in all directions, his shoes full of wrinkles probably because too big.

What a different impression when you meet him! Not that anything about him appears any different but it then takes such a meaning that you like it, enjoy it at first sight; for there is about that boy a something that speaks of more than ordinary personality. A light shines in his eyes and flows over his yellow face, which tells of an inward beatitude which cannot be bought with dollars.

The signs of intelligence, goodness, and genuine confidence are on him and his whole being conveys the impression that the word “greatness” can be used when referring to this young artist.

His work too is entirely different. Yun has found a new formula, not only in his colour schemes but also in his conception of his subjects. . . . “

“Out of war torn China has come a young artist who senses the soul of the world. Since the days of the Sung Dynasty, 750 years ago, there has not come out from among the Chinese people such a promising artist as this boy of 20. They are secretly very proud of him. Chinese artists who paint on canvas are almost as scarce as the century plant blossom.” 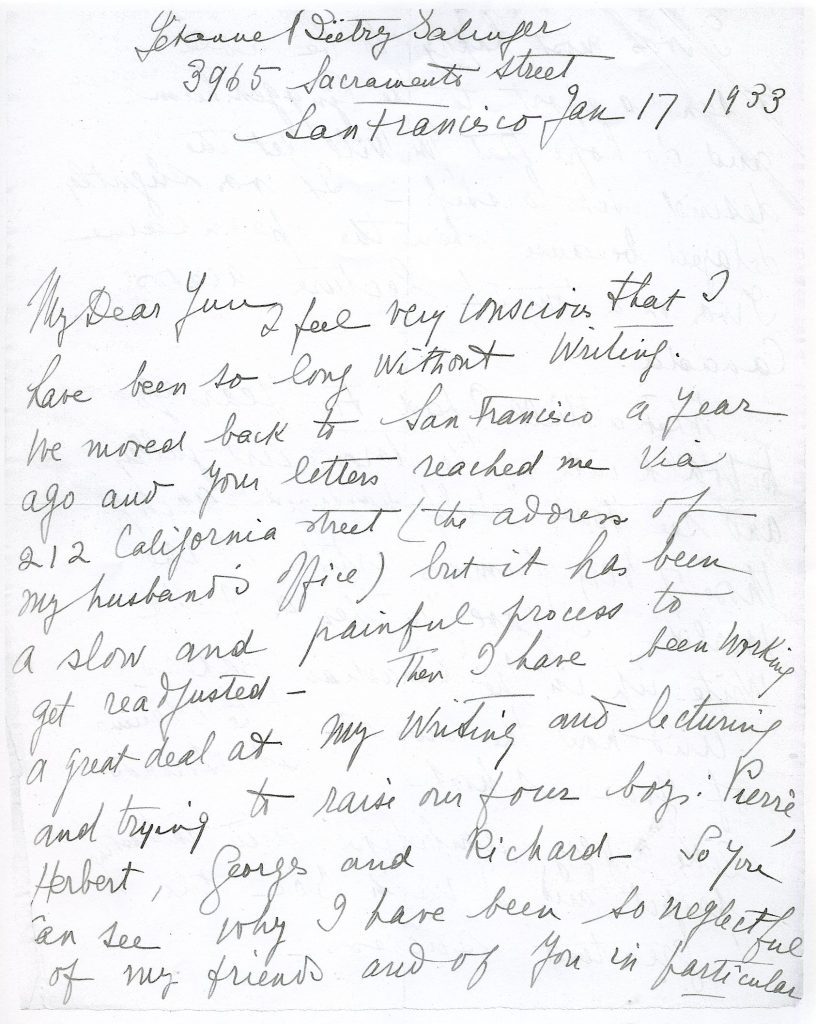 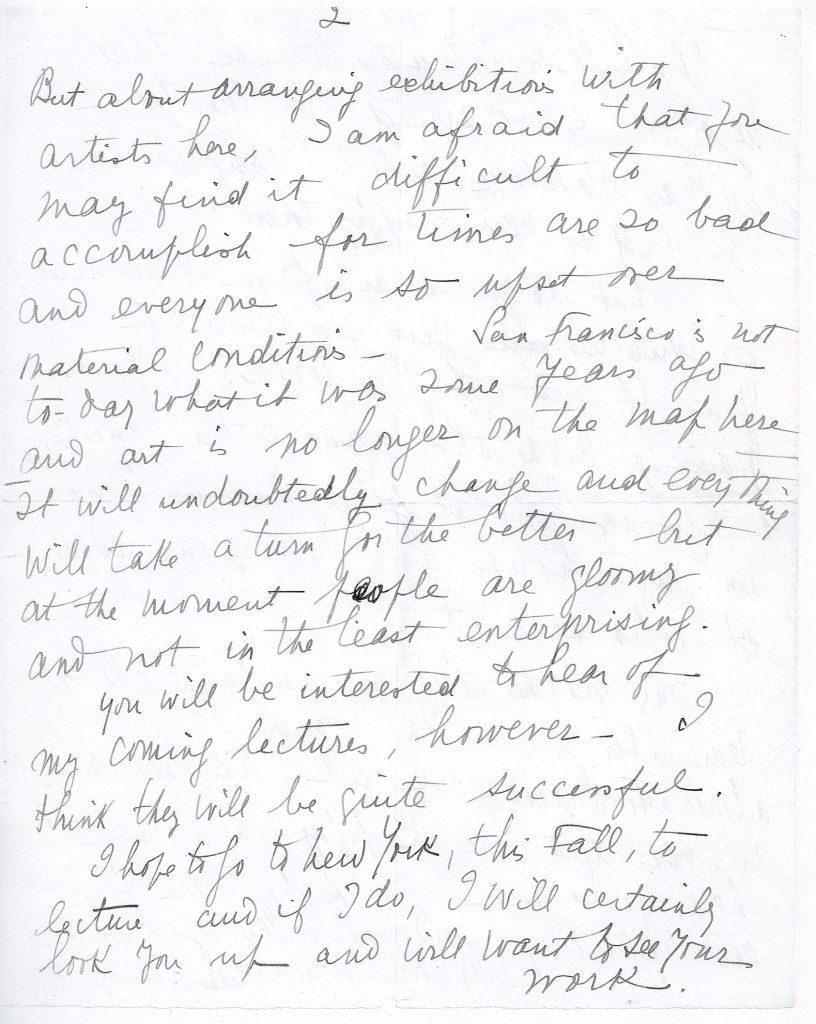 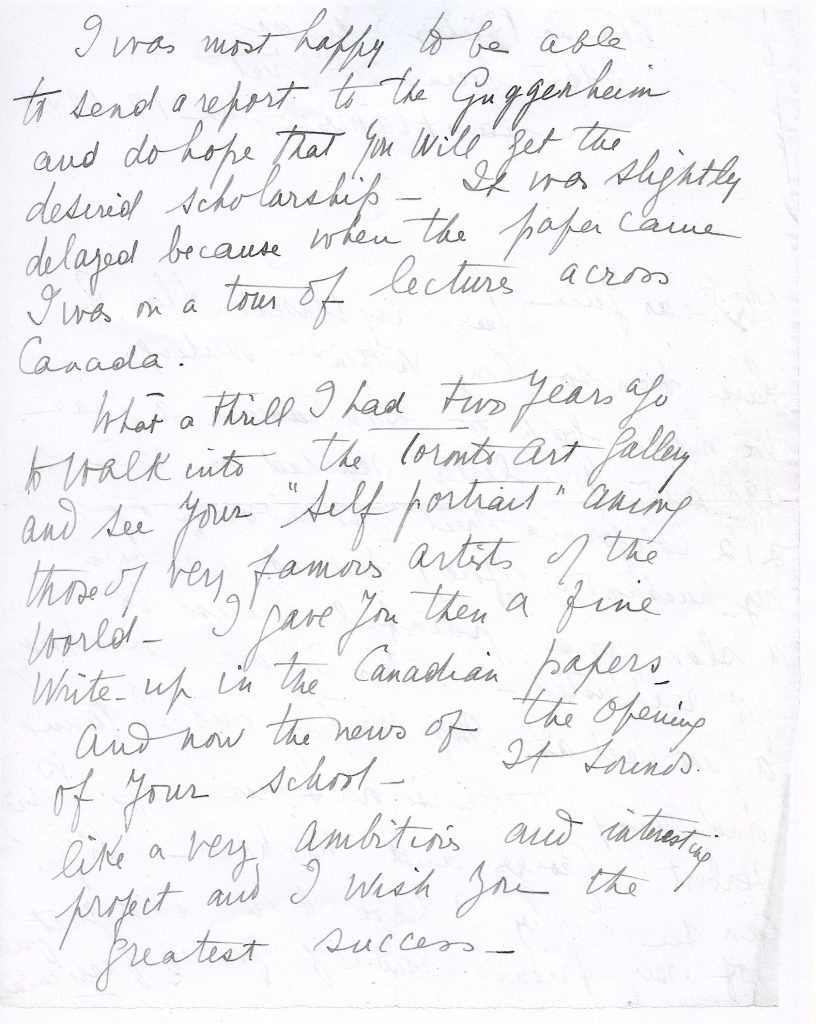 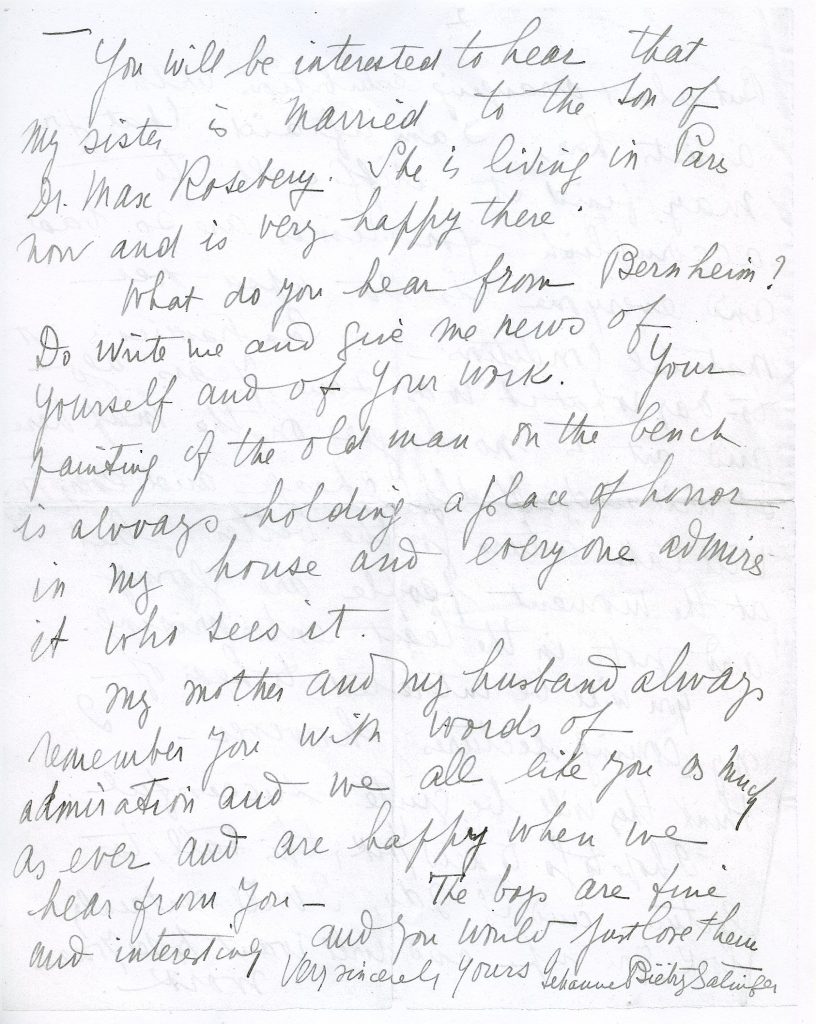 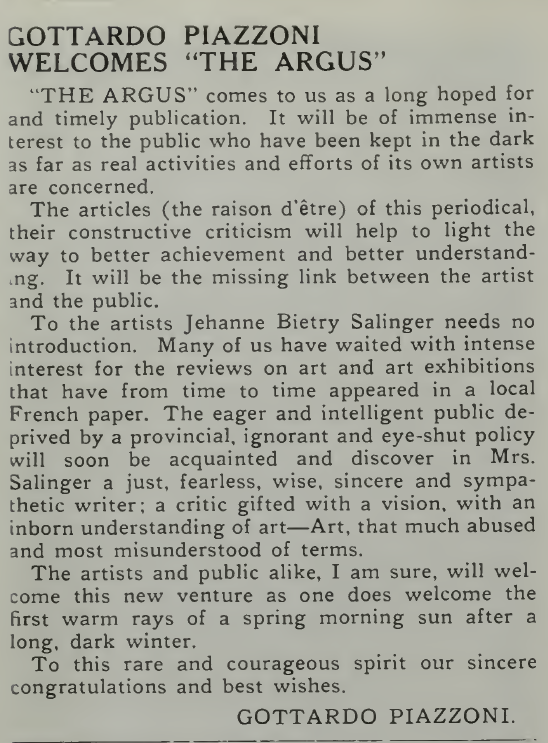 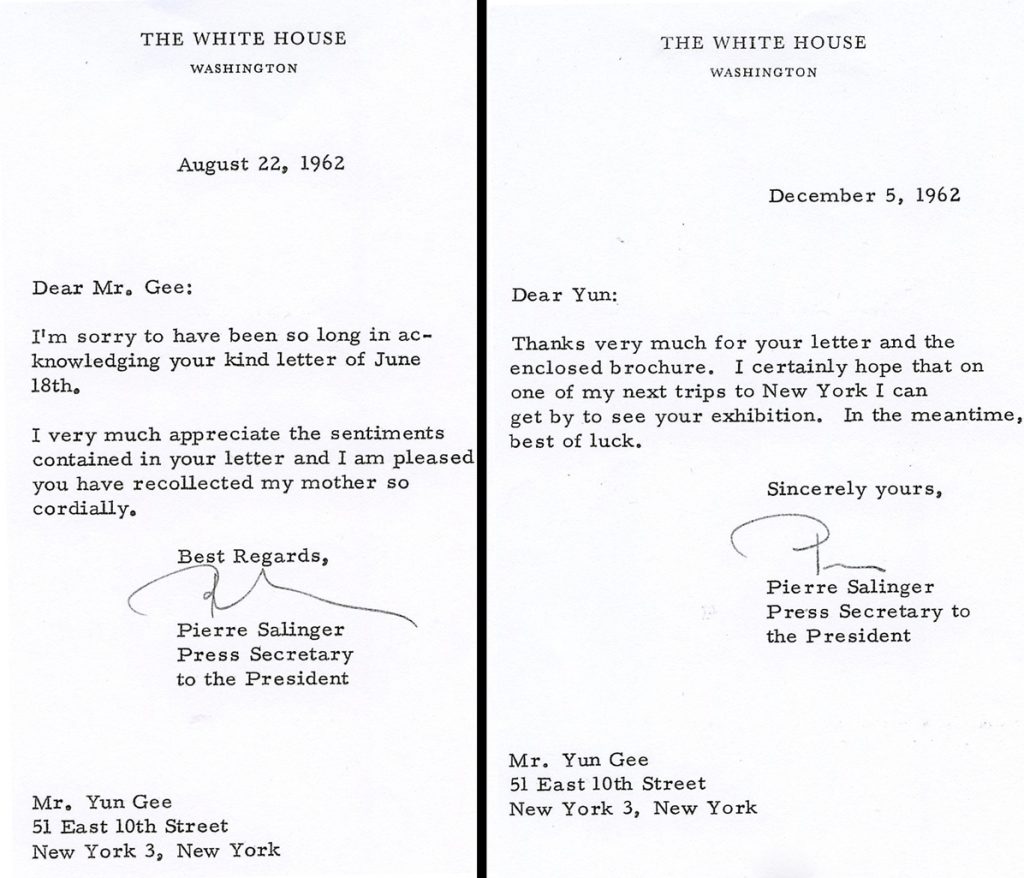