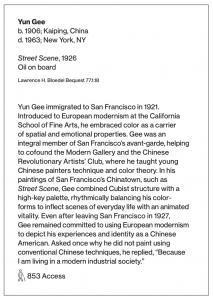 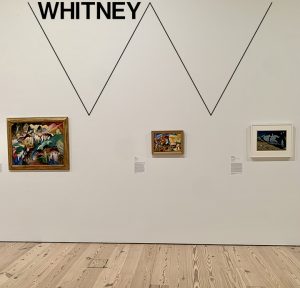 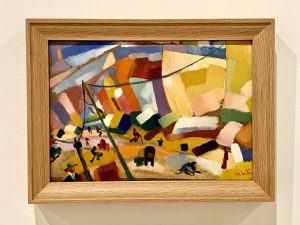 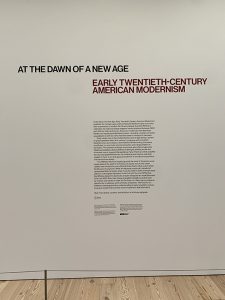 Courtesy Whitney.org:
American artists greeted the twentieth century with a youthful confidence in progress and innovation. Animated by the technological changes that were revolutionizing communications and engineering as well as cultural shifts such as women’s suffrage, artists embraced the new over the traditional and fixed. No longer content to replicate reality, they turned to vanguard styles as a way to communicate their excitement about an age that critic Walter Lippmann characterized as “bursting with new ideas, new plans, and new hopes.”

Some of the artists featured in this exhibition, such as Georgia O’Keeffe and Marsden Hartley, are well known today, but many similarly groundbreaking modernists have been largely forgotten. With over sixty works by forty-five artists drawn primarily from the Whitney’s permanent collection, At the Dawn of a New Age offers an expanded understanding of the complexity of American art produced between 1900 and 1930 and recaptures the exuberant sense of freedom and experimentation that underlay it.

This exhibition is organized by Barbara Haskell, Curator.